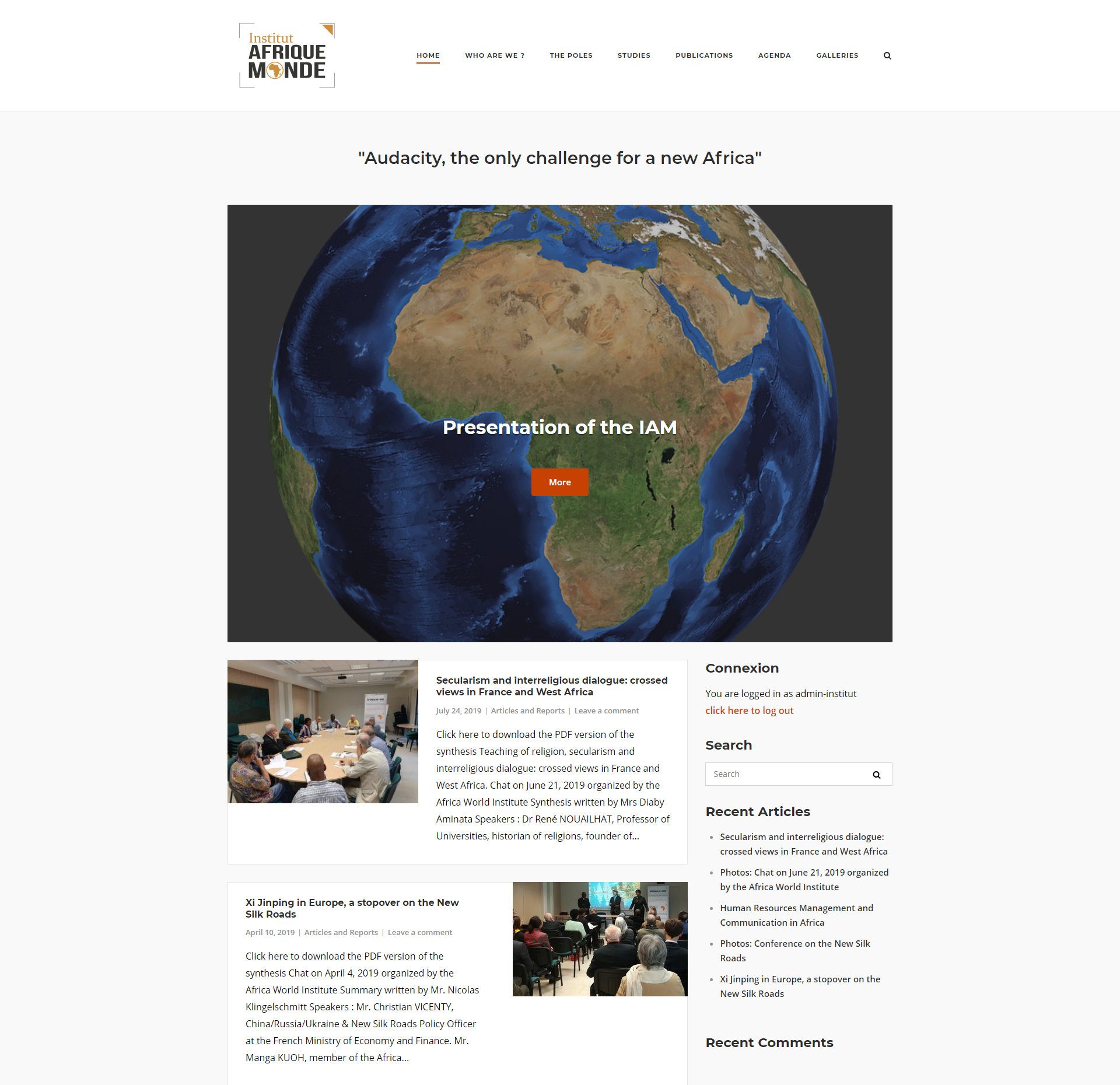 The Institut Afrique Monde is a Think Tank based in Paris, France. This Think Tank studies many issues in Africa, such as Education, Economy, Cooperation and others.

It is a “Think Tank” created in Paris in October 2013, with an office in Côte d’Ivoire set up in 2014, which has set itself the mission of being an independent and apolitical think tank with the aim of: to make Africa’s dynamism and potential known to as many people as possible through a better understanding of its society, culture and economy, from both a historical and a contemporary perspective, to position itself as a body for reflection, analysis and debate, proposing innovative and bold ideas for the development of a peaceful Africa, open to the world, with a point of view to defend on what happens, to encourage and implement initiatives that aim to improve the lives of men and women on the African continent. Africa is considered as the continent of the future. We provide you with publications about the African continent, its subjects and its future. The website is available in French and English.

The site has been built using the most up to date technologies like HTML5, CSS3. WordPress has been the content management system of choice due to its extreme flexibility.